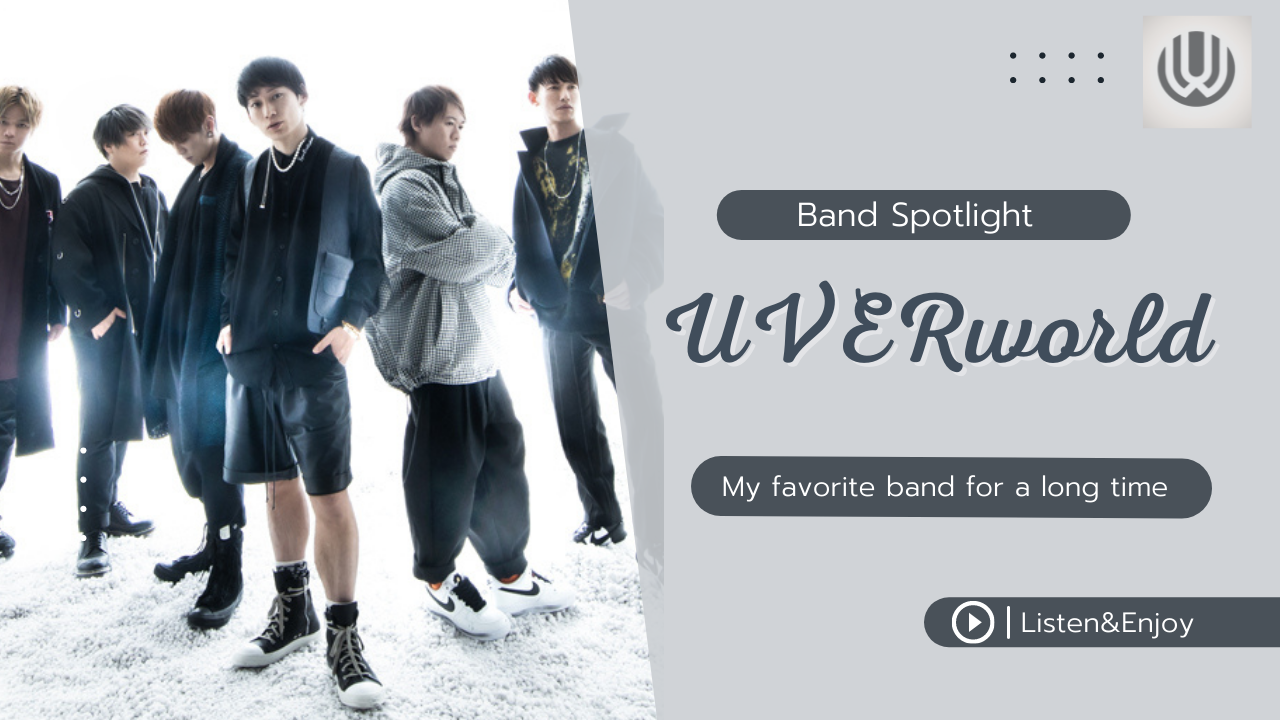 Band SpotlightLeave a Comment on My Fave Spotlight: UVERworld

To start off my fave spotlight series, I’m going to start off with a Japanese band that I’ve been listening to for over a decade now and that’s Uverworld.

Uverworld is a Japanese fusion band that incorporates various styles of rock including rap rock, alternative rock, pop rock, etc. with some jazz fusion. There are 6 members though the band debuted as 5 back in 2003 (though the saxophone player, the “new” 6th member did perform with them originally, too). Many who watch anime may know the band from their debut single, D-technolife, which was used as Bleach’s 2nd opening. Uverworld has featured prominently in other anime like Blue Exorcist (Core Pride, Itteki no Eikyou), The Promised Neverland (Touch Off), Boku no Hero Academia (Odd Future), etc.

This video has every anime song by Uverworld from 2005-2018, and it’s pretty short so if you want to hear a bit of their sound in brief – check it out.

To me, the band creates moving and touching lyrics that speak to much of us youth today. Adults as well can enjoy the deeper meaning and intentions the songs produced by Uverworld can convey. From romance to hopes to suicide, there is definitely at least one Uverworld song you can relate to on a personal level.

I think that is why I enjoy listening to Uverworld ever since I was 11. They were part of my childhood and still make an impact on me today. Their songs are still relevant to me from their first album back in 2005 to now and I believe they are still going strong with songs that are still pretty good to my ears.

I created this post to share some of their songs to others who may not know them as I feel that Japanese bands may not be as well known to others in the West or maybe even outside of Japan. Although, I know no one will really read this, so I also have made this post as a sort of appreciation towards a band that has been a good part of my musical journey for literally half my life at this point.

Hopefully you may be persuaded to listen to their songs? If not, that’s fine, everyone’s taste are different.

But first, an introduction to the members.

First Impressions: Hyperactive, perfectionist, sure of himself and multifaceted.

-He has a father and older sister who were both delinquents. Takuya was greatly influenced by his sister. And he rarely saw his father at home.

-Takuya has been arrested once due to a problem with a traffic officer. To express his remorse and ask for forgiveness, he cut his hair and wrote the song, Rinku (Link), to his fans.

-His been in trouble with the police before as back in high school, he spent all night playing basketball in the gym and was caught.

-Never finished high school and instead left his home with only his guitar to take various jobs and sleep at various friends’ houses.

-First music appearance at 19 at a school’s cultural festival.

-Loves sports and to read. He also plays various instruments like the guitar, piano, bass, drums and more.

-One childhood dream was to be a reporter

-Married a normal citizen whose identity hasn’t been disclosed due to privacy’s sake. 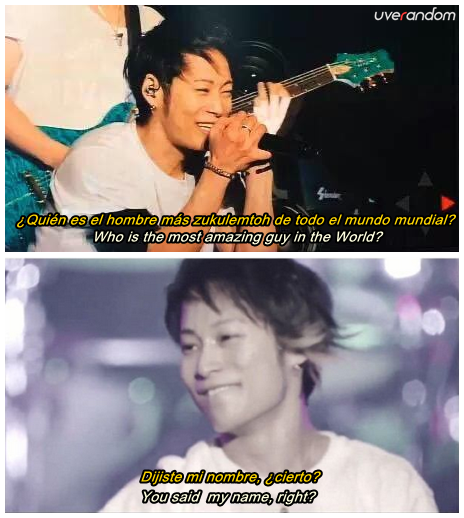 Full Name: Katsuya Shiratori He’s the first guitarist and the leader of the band.

-Goes to the gym

-Can cook quite well according to the other members

-Spends hours on the internet

-Is very shy when he doesn’t trust others

-Due to his shorter height, he likes to wear larger soles inside his shoes

-Doesn’t have a special type of girl he likes

-As a kid, he dreamed about having a confectionery. Coincidentally, he lives above one now.

-Has known Takuya since they were little and are best friends

-Loves baseball. Even as a kid, he dreamed of being a baseball player.

-He is an extreme fan of cars

-His house is very messy

-Winter is his favorite season

Full Name: Seika He’s the saxophonist and the DJ(disk jockey)

-Does not watch TV at all

-Plays various instruments like the flute and the guitar

-They go running together often

-All the members drink regularly except for Takuya, who only drinks once or twice per year

-They used to have a dog named Kick, who Takuya used to feed cabbages to. Unfortunately, Kick died but Uverworld dedicated a song to her in their album O choir called, Kick ga Jiyuu (Kick is Free). They now have a new dog named Otis.

-They have a documentary named after one of their songs titled, The SONG.

-In the early days, barely anyone came to see them, but now their tickets are sold out in minutes.

(All member information came from uverandom.blogspot.com. Please check out their site for more Uverworld information in Spanish and English.

Facts were taken from uverandom.blogspot.com. Thank you uverandom staff and please give them credit for spreading this information when it couldn’t be found anywhere else in English or Spanish!)

Do any of the guys catch your attention? Which member do you think you would get along with the most? What about the least? Though it might be a bit biased because Takuya has the most anecdotes about him.

Note: All linked songs are taken from shinitakashi.blogspot.com. He or she is a great source for English translated lyrics for UVERworld! Please support him or her! All video playlist are from the official UVERworld channel. Please support them as well.

I can’t really choose one album to recommend as I like them all. I know that’s a cop out but that’s just how I feel. Maybe one day I can do some sort of post on UVERworld songs I like from greatest to least in tier list fashion but for now you just have to settle with this post.

But it’s crazy to think that I’ve been listening to them for about a little over a decade at this point and counting. I hope they continue to provide good music and vibes