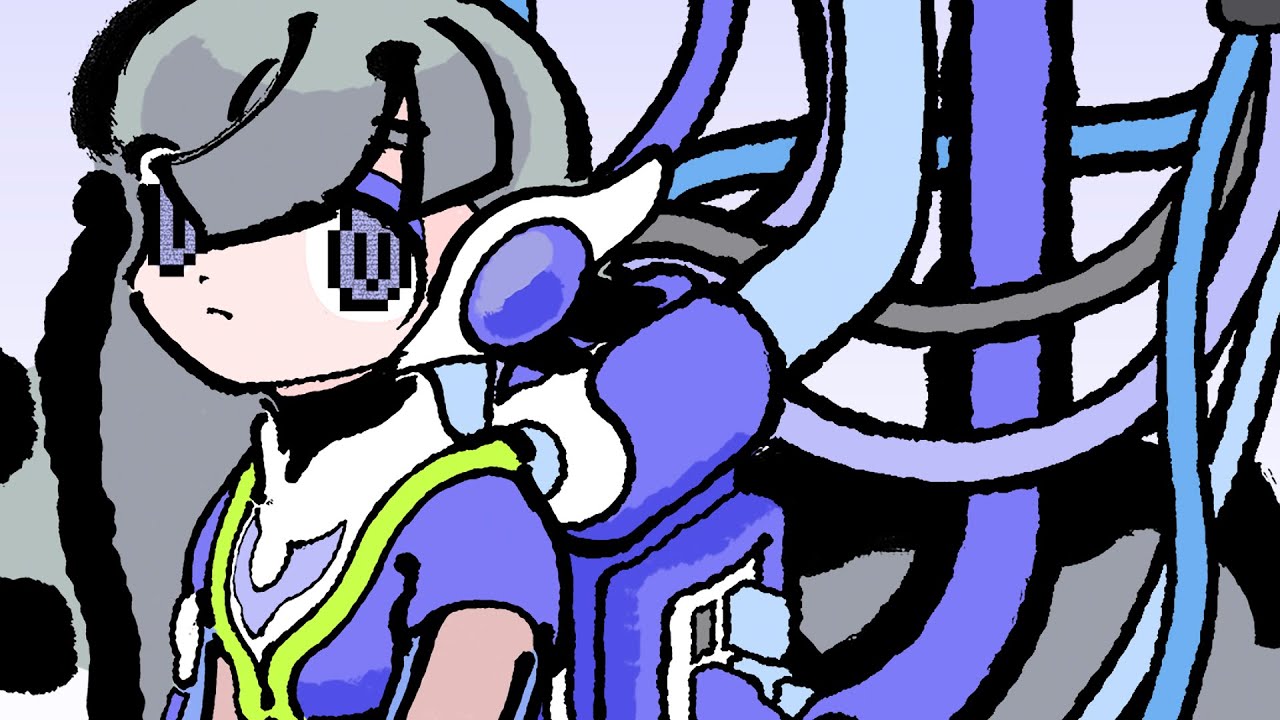 Hi all, I’m actually back with another review post. Since I’m still getting into the swing of things with reviewing songs weekly along with getting my footing with this blog, I’m not sure exactly how things will advance from here.

However, please enjoy this week’s selection. Mr.theDX3, came through and dropped his playlist yesterday so expect my review posts to come out sometime after Tuesday (like Thursday or Friday at the latest).

amazarashi of Boku no Hero Academia and Tokyo Ghoul fame (from where I know them) has got a song on my little roundup of mine this week. This one is actually a covid song. What I mean by that is any song referencing or alluding to the pandemic we’re in now, even if not mentioned by name, is a covid/coronavirus song.

As far as this covid song goes, it’s okay. I don’t dislike it and I thought the messages of people affected by the pandemic was a nice touch, but I have no strong likings toward the song either.

This is kinda weak, not going to lie. I feel like it does have inklings of appealing to me even more, but sadly never reaches those heights.

This…isn’t too bad surprisingly. I mean, it’s not perfect either but there’s something about the instrumentals that I can get behind. I also can’t lie – I like the steampunk feel of the MV, too.

Fun fact: This will apparently be used as an ending theme for an anime called, “Kaifuku Jutsushi no Yarinaoshi” (Redo of Healer), or “Kaiyari.”

I picked this one outside of theDX3’s roundup but I’m not sure I would’ve missed much if I had just let it be.

I actually really like the chill electronic vibes from this one. And yes, this isn’t quite in the same vein as J-pop pop, but I figure I’ll add this type of content in here because as long as it’s in Japanese or from a Japanese artist then I’ll slap it in here. This gets a pass in more ways than one.

(Beware of the discordant song ending around the 5 minute mark. It’s a bit hurtful on the ears especially for headphone users.)

This is average. I don’t have a very strong opinion on it honestly.

I’ll be honest, whenever I click to see it’s a boy group, I know not too expect much. To be fair, K-pop boy groups have also been rather lukewarm with their releases lately. To their credit, SixTONES are on the better end of the spectrum as JO1 and NEWS last week were pretty meh of the meh.

Fun fact: They debuted back in January under Johnny and Associates.

I added this in because it’s ARASHI who is like the biggest boy band in Japan since forever and I wanted to review a song of theirs. Though they are apparently disbanding by the end of this year, so sucks for me I guess.

Song’s s’alright, but it’s kinda overshadowed by news I read about an ARASHI MV (not this song obviously) plagiarizing a DAY6 MV. For shame.

For some people, this would be boring as hell. But I’m not people. I have weird tastes and I can’t dislike this song for some reason. My ears are like, yeah, not bad *insert Obama satisfaction meme*

Now this, this is what the previous song avoided sounding like to me. The music video doesn’t even make up for it either. Again, shame.

Oop, we got a tiny Japanese rapper here. For real, I wasn’t expecting the rap at the start. It was kind of promising but then the chorus came and left me a bit baffled before going into the next section and the first thing she says is, “Onaka suita (= I’m hungry). Girl, same. I’m gonna pause this indefinitely and get a sandwich.

Song takes about 40 seconds before the vocal comes in and it wasn’t really worth the wait.

Oh no, that autotune. Not to mention this is just like tropicalhouse. Between the rapper and the singer, I didn’t like either even the singer, and I’m usually lenient on that.

Again, about 40 seconds of intro where you’re introduced to the boys (so maybe not a skip?), but it’s really not worth it. It’s pretty similar to the last one. I mean, one a couple of them are sporting braids/dreads, then you know what you’re dealing with here. The one time I’ll say, not much of a song.

Ah, a boy from JO1. This was uploaded on a channel called The First Take, which apparently gives various artists a chance to sing a song in just one take. How true that is, I’m not sure but I like the song actually. His voice is really nice.

My first Hatsune Miku song to review – yay! I understand if you don’t like this since I know there are people out there that can’t stand the robotic vocaloids singing their hearts out. This song is not Miku’s strongest song but it’s just passable.

Her voice is kawaii nice but I found myself drifting off as I was listening to this song so I gotta give this one a pass.

See, when I think of J-pop, this is the type of energetic wacky cutsey concept that pops up into my mind. This is the type of J-pop some on the Kpoposphere would call J-shit. Shame, missing out on treasures such as this. Well, more for us, right?

Fun fact: This group is going to celebrate their 1 year debut anniversary soon, on the 19th, so wish them a happy anniversary!

This song bears a strong resemblance to a song last week that I said seemed to be from some twisted otome game. I don’t mind this song but I wish it was a bit more powerful because it feels flat. I would’ve forgiven it if the chorus was a bit more bombastic but sadly it wasn’t.Oh well, next time.

I feel like sumika is one of the more prominent bands in Japan, or am I getting them confused with someone else? I mean, they have almost half a million subscribers which is a good fair amount given that J-pop is still first and foremost for the domestic market. The song isn’t bad but not for me.

This girl has two songs on here so busy chick. Can’t say I like this one especially much though.

I’m not that type of weeb that will be seduced by a cute anime girl and alter my review. Helps that I’m straight, too. My feelings of this song is the same as her last one.

Started a bit boring but it picks up. Still, it’s really just nice background music since it loses my attention rather quickly if I don’t bother to really focus on it.

This stays pretty boring though, I can’t really lie.

I shoulda known when it started with that lullaby sound it was going to be exceptional.

Maaya Sakamoto is a big VA in the anime world with big roles such as Ciel Phantomhive in Black Butler, Haruhi Fujioka in Ouran Host Club, Matoka Motoko Kusanagi in Ghost in the Shell, and if you’re a video game buff then Aigis in Persona 3 (a game I recommend).

Her song starts out pretty unimpressive but it builds up to be a decent song. Only issue is, is that it took about a minute and a half and by then a majority of people would’ve clocked out. That’s the problem with some of these Japanese songs, they take too long to get to the meat of the song. Tsk tsk.

This really really isn’t my groove so pass.

I liked it quite a lot until the vocals kicked in and it took a bit of a dip. Yeah, it doesn’t get better as it goes on either.

It’s six and a half minutes long because there’s a minute long intro introducing the singer to this girl. My Japanese is still shoddy so I don’t feel like translating but I think you can get the gist without understanding the words.

Anyways, I would say the music video itself is more interesting than the song which might not be much if you don’t care for a love story.

Pretty chill song but not my kinda chill as it drags a bit without having reaching a crescendo.

Opens up with a guy drinking Red Bull so sponsor song? Anyways, after all those rather boring songs that dragged to no end, this song is alright only because it’s waking me up. It definitely is a sponsor song with the way they’re kinda shoving the Red Bull in shots here and there. Cool.

Typical boy group stuff with added road trip thrown in. Nothing much to see here, folks.

Look, I feel bad for the songs that end up all the way down here because by this point, my reviews are lackluster and no one in their right mind would get this far. So I’ll say the song is bleh.

This one actually has English subs, so I guess that’s a plus if you like the song.

Starts with two cute but screaming Japanese girls so you know what you’re in for before the song even properly starts. This seems like a friendship song so if that warms your heart in this cold winter, then by all means watch. It’s not a bad song, but not outstanding either even for songs like this.

Fun fact: Apparently we’re only seeing 2 out of the 12 members in this group. Amazing.

I was fully expecting a woman, I mean given the name and thumbnail, but than some dude started singing giving me a bit of whiplash. Then again, I swear some Japanese dude in one of these boy groups was named Stacy, so should I really be that surprised?

Song’s is okay for a Christmas/wintry song. It’s passable, I guess.

So we had Gotoh, the lead singer of this band, last week and now the whole band’s back together to deliver this rather lukewarm song. Not their best in my opinion. The MV is pretty with all the balloons though.

E-girls – So many stars

I heard E-girls was disbanding this month so that’s kinda a shame since they’re one of the groups I’ve actually heard about. Anyway this song is definitely a send off for the fans with the nostalgic warm-hearted feel the song is full of.

Oh? Did they say Life goes on? Plagiarising BTS now I see. Don’t be an ARASHI, girls. You can’t afford to get in a scandal now when you’re so close to disbandment.

Well, that’s it for this week. Hope you find something that you enjoyed and maybe this only reaffirmed your belief that J-pop kinda sucks. Either way, thank you for reading this far if anyone did and remember, to stay safe and take care. I will be back next week for another J-pop review session. Stay tuned~