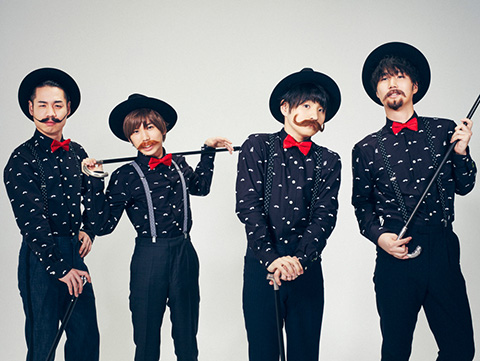 Another week, another J-pop review. I hope your week was alright everyone. My week has been a bit emotionally exhaustive but I still wanted to review some J-pop songs to see if I could find some gems. Anyway, here’s the lineup this week. Perhaps, something will catch your fancy?

This song isn’t bad. LiSA is pretty well known especially for her contributing some of her songs to anime. This song would definitely work as an anime opening or ending.

Okay, right off the bat, the robotic autotune is a bit of a turn off but I still gave it a chance. I also gave it a chance cause SKY-HI who I knew from ‘Holy Moly Holy Night’ which was the first song to “win” in the Weekly roundup but sadly he came in with the autotuney sounds and I bounced.

This song is better at the very least. I don’t take to it as much as I did with the song he did with Chanmina though. I’m not sure what to think of the break down midway through the song either as it seemed a bit unnecessary and distracting from the flow of the rest of the song (even if it was done purposefully).

A pretty chill “genki” song that apparently is in preparation for spring. It’s alright.

I like this song actually. It’s for the new season of ‘Beasters’, right? An anime I due plan to watch one day. Recommend a listen to this one.

Utaite alert!! One I’ve had before and thought his songs were on the more meh side. This song just added itself to that list.

Not really taken in by the song but she has a really nice voice.

Cute song that I actually don’t mind. I would recommend if you wanna see a cute virutal anime girl sing a kawaii song that isn’t as sugary honey sweet as these kind of songs typically are.

Okay, I’ll finally say it – these boy group songs tend to be on the boring side especially when most sound the same.

BUT I will give them props. Found this on their wiki: ‘The group is self-produced, from songwriting, composition, YouTube direction, filming and editing to making merchandise.’

Versatile to say the least.

So…this is a visual kei band that’s been around for quite some time (~2004). I never got into a visual kei phase as I feel a lot of J-pop lovers may have. This song s’alright but also kinda eh, at the same time?

So…I had to do some digging for this group cause curiosity got the better of me and apparently they’re some 2D boy group who also wants to cross into the 3D. It’s all fascinating stuff. The song itself is run of the mill stuff actually though at the end one of the dudes starts doing some sorta opera solo. Very very short. I’m conflicted honestly.

Nice girl group song but still not resonating with me enough to be song of the week material. Nice try, girls.

I actually quite like this song despite being a kinda simple in its melody and progression. Sometimes simple stuff is the best stuff though. Plus, there are subs~

Not bad of a song either (at least compared to the last song I reviewed on his channel where his buddies appeared in messy succession). The “nee~!!” he does before the first chorus was a bit disorienting though. Took off points for that.

Ado is a pretty busy person, eh? Been in these weekly reviews multiple times – probably the most out of the artists I’ve covered so far. This song is pretty good though.

Average – that’s all I can say really.

I would say I liked where the melody was going in the beginning but the song turns out to be a bit of a let down but it’s still an alright song to listen to.

A Johnny’s group…with again another averageish song that I’m sure fangirls will love but there’s a reason I never got into Johnny’s groups or similar and that doesn’t seem to be changing now.

Don’t be fooled – this is another Johnny’s group so you know what I’m gonna say. But, this one is better sounding to me than the one above. Doesn’t mean I’d put it on my playlist but this one I’d say is above average.

Not too shabby but not my cuppa tea either.

And that’s all folks, gents, and ladies. I got nothing much to say done here so take care and adios~