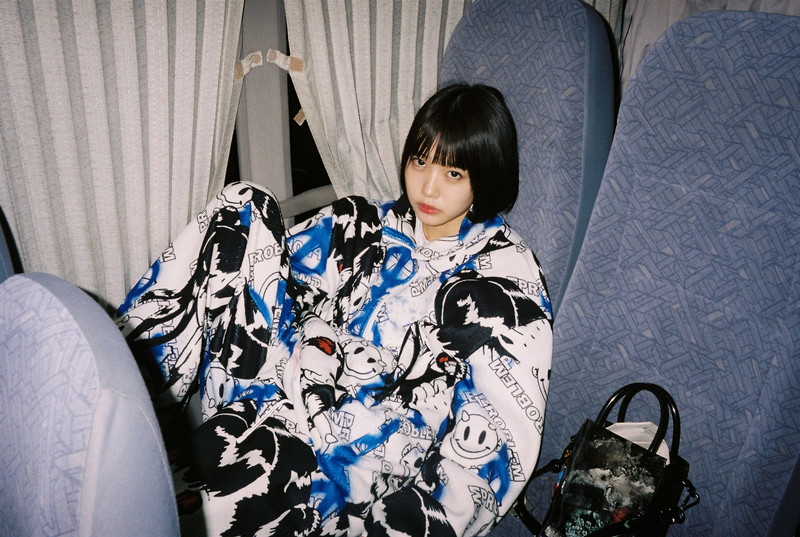 Well, this week was alright. The songs in the beginning of this list are the better ones so the more you scroll down the deeper your mood will sink – trust me.

Anyways, without further ado: the new J-pop releases this week.

This song is one of those beautiful sounding songs that you will either find boring or acoustically pleasing enough to listen all the way through.

This one snuck in right as I was about to call this post a done deal. It’s not a bad song.

This song takes almost two minutes to start due to the intro of the obvious lovebirds saying their dreams (girl wants to be a K-pop idol (lol) and guy…I couldn’t quite understand what he said…something about a sport). Anyway, song is…actually not that great? It’s not awful but there’s something about it that I don’t like.

I don’t have a strong opinion on this friendship song, so I gotta pass on this one.

Another 48 group so you can already tell how the song sounds like. If you don’t like the sound of girl groups in Japan especially the mainstream ones like AKB48 or Nogizaka then pass on this one. (Especially since this one is particularly on the boring side even for me.)

Speaking of K-pop idols, there’s one present in this video – Sana from popular Korean girl group, TWICE. Again. Momo, another TWICE girl, was featured in a video some weeks ago. Makes sense since both are originally from Japan…Oh, the song? Eh, it’s nothing to write home about.

Well, this is age-restricted but the video is still accessible (you just have to confirm with YouTube that yes, you’d like to watch the video once you go there). So I suppose a warning is required. (I mean, obviously with a title like: “Sweetside Suicide).

As for the song… I actually kinda liked it? Her voice was a bit off for me at some parts but I do think it’ll grow on me more as I give it more repeated listens.

Well, the song s’alright, but not something I’d particularly listen to again.

The song coulda been better. It’s almost there for me but falls short on my “it’s really really good and I’d listen to it over and over again” scale. Shame.

If you have an aversion or fear of clowns – skip this one. Even though I don’t have coulrophobia, the song isn’t something that makes me necessarily want to stick around until the end either.

This one is pretty average but better than most of the K-pop releases that came out this week.

This one isn’t bad either.

Takayan – I want to die because life is trash

It’s alright. Pretty short so I give it bonus points. Takayan’s whole image is based on stuff like this and it’s a whole BIG mood. Even if I don’t necessarily vibe with his songs all the time, the message is quite relatable to me.

Takayan – For those who are worried about life

Not vibing as much with this one but the lyrics speak to me still.

Found this one rather boring and not playing enough into the aesthetic it’s going for, musically at least.

Not exactly boring, but I was waiting for the song to progress into something that would have had me bobbing my head up and down and it didn’t really come. Though, this would fit into a chill J-pop playlist, so I give it that.

Well, I mean, this one had me smiling despite the weird palette and editing found in the video (or maybe it was because of them). It’s not 100% my cup of tea but it’s close actually (I surprise myself honestly) and I wouldn’t mind playing this again.

I’m not sure how to feel about this but I feel like it’s a pass. It’s not bad per se, but just not my style really.

The song takes about a minute to start and it’s not really worth the wait I’m afraid.

A rather chill song that I quite like actually. There isn’t too much going on but I’d rather take minimal beats and a simple melody over a song stuffed with noise.

the engy – Sleeping on the bedroom floor

The singer has a rather distinctive way of singing that is rather “ear-catching” and left me listening to the song longer than I probably would have normally. Other than that, the song is pretty average.

It’s a kinda cute indie sounding song that I can get behind. Simple visuals, simple song – pretty relaxing.

This song reminds me of those lovey-dovely K-drama OSTs. That’s really all I gotta say but I guess that may mean it’s a hit or miss for you (if you’re familiar with K-dramas).

Ah, here is one of those songs I mentioned before that is just really noise. Not feeling it and some of the visuals are a bit janky and off-putting for me (that CGI?).

A song that’s rather eh, but not awful.

Even with subs, this song doesn’t make much sense and the speed the guy sings along with the visuals just give me a headache (literally, I stopped listening because my forehead was faintly throbbing). I know there’s an audience for this, but why are songs like this…like this? You can just tell how they’re going to sound by the thumbnail alone…

On the other hand, this one’s okay. I’m not sure if this is her original song or what, but whatever I’ll still stick it in here.

What a name for a group. Anyway, the song was a bit disappointing because I thought it was gonna be a retro banger but it turned out to be rather lukewarm and water downed for my tastes. Shame, the video is nice to watch though.

I’ll be honest, this song kinda faded into the background as I got distracted with something but it’s honestly not as bad as Fake Land (which I only mention since both songs kinda fall into the same category). On the contrary, this one is rather relaxed and still poppy. I actually like Ado’s voice.

Um, I’m not sure what this is but all I can say is…nice guitars.

Not a bad song but got nothing much else to say.

I was worried it was gonna be one of those songs, but it’s actually alright, I guess. Still, not right up in my alley but I’ll take a chiller song over noise and chaos.

It’s different from their usual heavy metal/rock sound which I found myself lukewarm to. This change isn’t bad but I’m still not 100% feeling it. Nice try, BAND-MAID.

What a week. I think the song of the week is gonna be a bit controversial but that’s whatever. This is my blog and my tastes. Of course, it’s not going to match up with everyone who comes across this post. Though I would say give it a listen even if it’s just 10 seconds. (If you don’t know what the song of the week is: check my instagram, A_Lost_Idiot, or check the header image of the post).

See you next week!