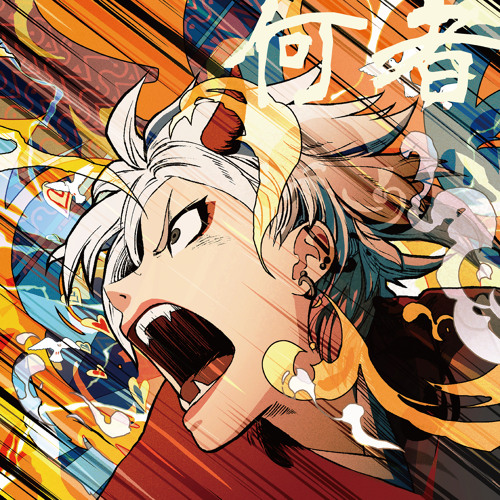 4 – S’alright but could be better

Holy fudge do I love this song! To start of the album with this as the first track already has me sold, but I gotta be somewhat fair, no? Anyways, “Togemeku Spica” has been around since last year as the MV came out back in January of 2020. I’m not good at describing songs outside of “It’s very pop/rock sounding” or “The beats of the drums are discordant with the sound of the vocals” and etc. What I can say, is that I love the sound of the song/the melody and the lyrics as well hit me in a spot that causes my romanticist’s heart to crumble. I’d highly recommend this song as a good starter point to Polkadot Stingray’s overall sound. And if you don’t like this song, then don’t talk to me (joking, but I do really hope you like it to an extent).

(Zuihitsu does a great translation job, but I believe he messed up a bit on formatting Togemeku Spica so I put another version.)

I already covered this song in one of my weekly reviews and you don’t even have to read it because the title alone already tells you what you need to know. Yes, this song has been on repeat in my Spotify – that’s not even a question. The question is, what about you?

This one is pretty chill too. When I first listened to it, I actually wasn’t taken in by it as the other songs that we just “reviewed.” This one was a grower, but I really do like it now. It has those indie vibes that feel pure in a way, you know? Though that can mean it’s not for everyone.

This one is kinda quirky and I gotta admit the thrown in English phrases are kinda neat in this song and don’t sound superfluous. I guess in Shizuku’s voice, it sounds cute. Anyways, I just chock this one down to a quirky cute thrown together song not to be taken seriously.

This song is pretty much in the same category as the last one hence I don’t have much to say about it besides the fact that I like it. And that’s all.

First thing’s first, this video is apparently only available to “Music Premium members.” Freaking YouTube. Well, all of these songs are on Spotify which is where I listened to this and a few other songs. SHAKE! SHAKE! is a very upbeat almost distracted sounding song. It’s the first song on this list that I haven’t listened to before as it’s exclusive to this album. I rather like it though it does sound disjointed here and there.

Probably because of the MV but I found this one rather cute as well. Regardless, even just listening to it, it has those puppy love kinda vibes that makes me feel good and relaxed in a way. Although, the lyrics are probably saying an entirely different thing, haha. Speaking of, definitely check out this guy’s blog. I’ve put the link to his song translations that he has done and he does a mighty good job.

I don’t have to much to say about this song besides that I really like it as well, but not to the extent that it somehow got 5th place in my Spotify Wrap up of 2020 or maybe that’s my subconscious telling me something cause I coulda sworn I didn’t listen to this song THAT much. Mysterious.

Ah, JET. This song came out just around the time I got into Polkadot Stingray so it has a soft spot in my heart for being one of their first new songs I got a chance to listen to. The early days of finding a new band you love shouldn’t be taken for granted, guys. Get lost in their music and appreciate the feelings that arise from it because sometimes, nothing beats the first feelings you get from listening to a tantalizing piece. And yes, I will listen to this song next time I hope abroad a plane.

Well, this one is a rather relaxed nostalgia sounding pop song that I don’t mind. It’s not my favourite in the album (I think we established that in the very first song on the tracklist), but I can really get behind the groovy beats that vaguely reminds me of the 80’s/early 90’s. What can I say? I’m a sucker for nostalgia tracks.

This one is similar to Stop Motion, at least in rating, not in sound. This one sounds more in tune to the usual Polkadot Stingray sound. I don’t have too much to say about this one besides that it’s a nice song to listen to when you just need to wind down and relax.

Okay, I won’t lie, I do really like the MV for this one, specifically the animated bits. I do wonder what the story is for this one especially considering the animated protagonist (Shizuku?) is featured on the front of the album cover. The song itself is really enjoyable to listen to and goes well with the MV. You sure this ain’t some anime in the making?

And we finally reach the titular track and boy, it’s quite different from the other songs on this list so far. It has a more mellowed, subdued melody that sounds almost moodily pensive. It’s feels like a reflective piece and juxtaposes itself against the other more upbeat pop sounding songs featured on this album. I suppose as a track it stands out and thus earns its place as the album’s title. At first, I wasn’t sure how to feel about the song and labelled it a grower and my initial thoughts turned out to be true. I really appreciate how different this track sounds compared to the rest of the album and it’s a good type of different. Nice, considering when artists explore genres or sounds outside their usual one, it can be rather hit or miss.

Here, we have another song that is mellow and laidback in tone. These last two songs really signal the closing of a rather great album. It’s been a while since an album came out that had me really liking all the songs above at least a 6 rating.

And that’s it for “Nanimono.” I hope you liked my first album review post on this blog. I hope to do more in the future especially for bands like Polkadot Stingray and UVERworld since it’s really enjoyable to listen to good songs such as the ones the latter two respectfully put out. All in all, I would recommend this album as a good start to Polkadot Stingray’s discography as it combines songs new and old. There is still the familiar comfortable Polkadot Stingray sound to be had here, but with enough new variations that you don’t feel too bored with the same old sound if that’s what you’re looking for. I would say in conclusion to look fondly on the band’s next release whenever that’ll be and to listen to “Nanimono” and their past works while you wait.