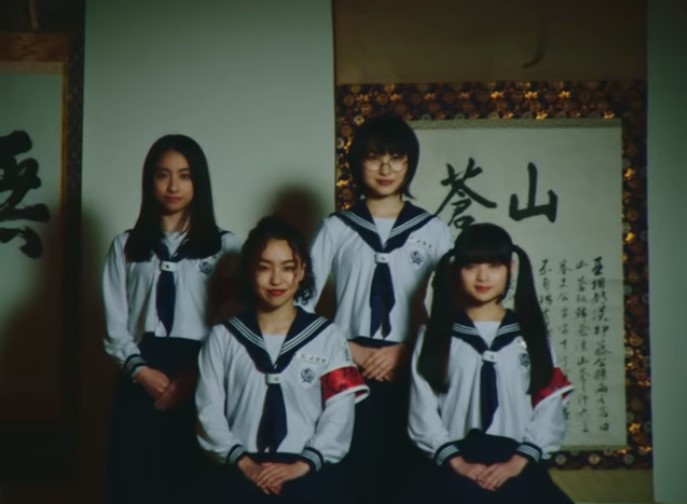 Opinions, Uncategorized, Weekly J-pop ReviewsLeave a Comment on 28.03 Weekly J-pop “Review” but I injured my arm like an idiot

So hey, I’m back. I missed last week though I’m not sure anyone noticed. Last Friday, I fell pretty hard on my right arm and basically sprained it, so it was a literal pain to write this up hence no review last week. I’m feeling a bit better now so we got this! Enjoy.

This is apparently the ending for the current season of Beastars, an anime I recommend though I’ve only seen the first season (review here). As of late, I have learned I really like most of the stuff YOASOBI puts out and this is no different. It has a soft gentle melody that doesn’t get boring as a lot of these songs tend to. I appreciate that.

This song actually kinda gives me Yorushika vibes (The ones that did the main theme songs for the movie, “A Whisker Away“) with a dash of RADWIMPS (specifically that song: Nandemonaiya). I like it and recommend at least a bit of a listen.

Quite a chill song…but I don’t have much else to say. yama songs are usually all like this so if this doesn’t catch your fancy than you probably won’t like her other songs.

I originally spaced out while listening to this song when I first heard it on stream. It’s not a bad song but boring enough for me to get lost in my own stupid thoughts.

This is the same as the last song except I didn’t space out.

Somehow this song leaves me feeling languid and mirroring the expression the girls have in this MV.

This one isn’t as compelling either as I started to fade away into my imagination again (hey, I’m a very “head lost in the clouds” person).

Actually a pretty neat song once it picks up. I know of BRADIO from their iconic song, “Flyers,” which was the opening for Death Parade (highly recommend) and has an MV that is full of sensory overloaded images and colors. It’s kinda a meme video. Just be careful.

Oh wait, in my search for the MV, I found that BRADIO actually did their own parody of the opening. Check it out here. It’s a treasure.

A song with a good message but not for me really.

Can kinda get behind this one…but I really liked their other song, “Out of Control,” from the anime, “Psycho Pass,” (another recommend). As you can see, a lot of these peeps I originally heard from some great anime.

Visual Kei stuff right here. Not really ventured into the land of Visual Kei despite knowing about it for years now. Not that I didn’t like it, but guess I never quite found a band. Not sure about this one. It’s okay, but not a head banger for me.

Not a bad song. I would listen to this again but I don’t really have much else to say about it.

This song right here is stereotypical J-pop girl group stuff that comes to mind when people (specifically those outside the fandom) think of when they think of J-pop. So, if that sounds appealing to you, then listen on!

The sound is pretty typical here too even if the style is more…Victorian posh.

It’s a J-pop K-pop boy group…what more can I say besides it’s the same stuff and the same lukewarm response from me.

I honestly don’t have much to say about the song…it’s okay?

Hmmm, this is okay too but I feel like this could’ve been better given a slightly different direction in musical choices presented here.

Really not feeling this one. Next.

Quirky but not bad actually. One of the visitors on my stream Friday explained a bit on who these girls were and it got me interested. He/She pointed out the girl in glasses as being his/her favourite…and I can see why.

Well, that’s it for this week. At this point, I’m putting this up whenever I can because it’s not like anyone, let alone, a sizeable amount of people are even interested in this, but I do it anyway for myself first and foremost. Just happy to get this out there this week.

See you all next time!