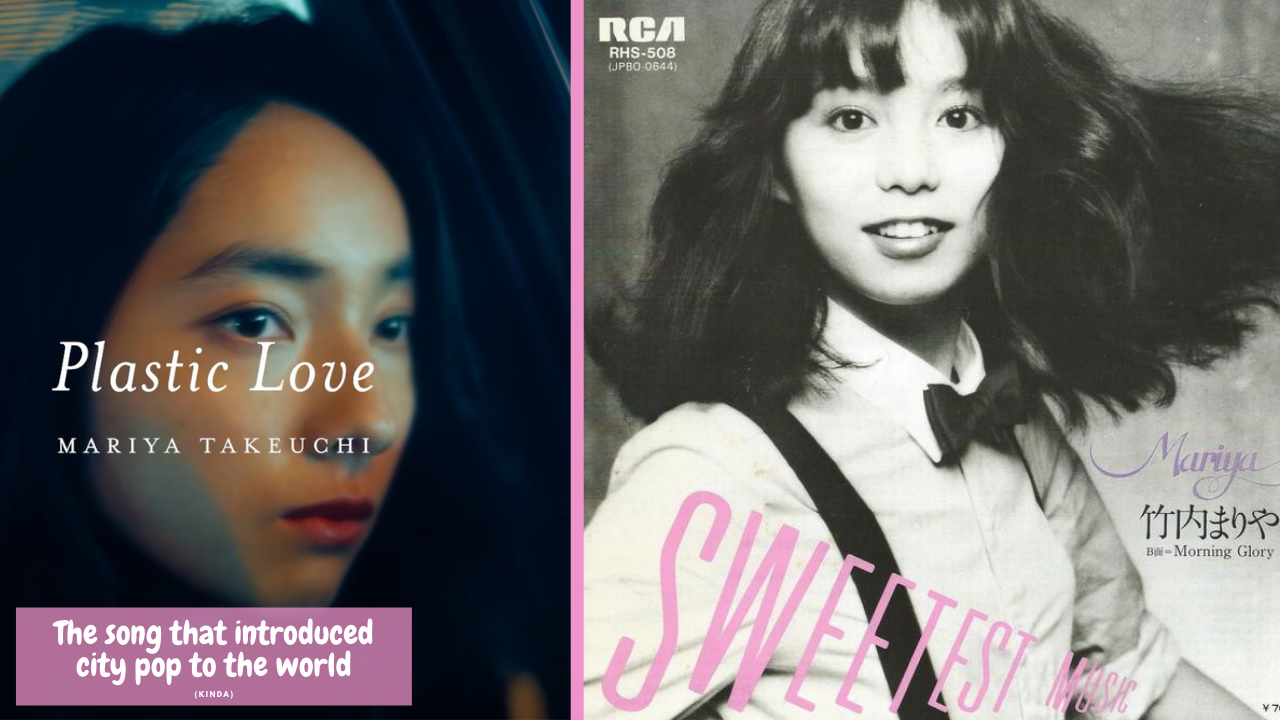 (Originally published on July 2, 2017 on lostinareverie.wordpress.blog.

The most popular post on the famous “Plastic Love” has now migrated to my J-culture site since I’m rebranding the above wordpress site. Thanks for your understanding!)

Tonight I’m back with another music review/recommendation. Today’s song is another special one as we take a trip back to 80s Japan to “dance to the plastic beat.” The song, Plastic Love, written and sung by songwriter Mariya Takeuchi was featured on her 1984 album, Variety. If you don’t know, Mariya Takeuchi was and still is fairly famous in Japan with a lot of number one hits on Japan’s own national music chart, Oricon. Takeuchi stems from the city of Izumo, Japan and did most of her education in the country; although, she did study in the US for a year in high school. Her first single came out while studying at Keio University and her career took off.

But this particular song, Plastic Love, is what introduced me to the talented and quite timeless Takeuchi. The way I interpret it, the song tells the story of a woman who really just wants to have fun with love while not taking it seriously or attempting to be truly in love with anyone or seeking love in return. Hence the title, Plastic Love, meaning fake love. On the other hand, it also seems that she may have picked up this attitude after having her heart broken and deciding it best to become closed off and cold to any attempts that may deepen her relationship with someone. Though in the beginning of the song, Takeuchi claims that she can handle break ups well, in a way I feel she later contradicts herself when she sings about buying clothes and shoes for her closed off heart and later when her memories are triggered after being asked out by a man. Clearly, the song lyrics are quite straightforward which is great for a poor analyst like me.

As for the melody of the song, in short, it’s very funky and pop sounding. It really is a tune that can get you moving and grooving along to the beat. Yes, it has the old music vibe that is reminiscent of even the 70s I would say. When I first listened to the song I genuinely thought I was listening to a 70s song since it sounded as if this could easily be played in a discotheque. Disco is even mentioned in the lyrics at one point as Takeuchi sings about dancing in popular discos after her breakup.

In short, I would say anyone into 70s or 80s music could benefit from listening to this song. I only stumbled across it myself when Youtube recommended it for whatever reason (Seriously Youtube Recommendations can be so off base at times, this time was a score however). As always, I will leave you with a sample of Plastic Love’s lyrics and a video where you can listen to this lovely piece. Just click on the beautiful Mariya Takeuchi and she shall take you way to the song. (I know it’s the wrong album cover but I really love this picture of her and it is thumbnail of the video). Please enjoy!

Don’t even think about loving me for real
Love is just a game, all you’ve gotta do is enjoy it
I decorate my closed-off heart with flashy dresses and shoes
My lonely friends

When I originally published this piece, there was no official music video but due to the surge of popularity this song has experienced in recent years, the boys and girls at Warner Music Japan brought out an official video for the song. It only came out in November. It’s pretty good in itself so enjoy!