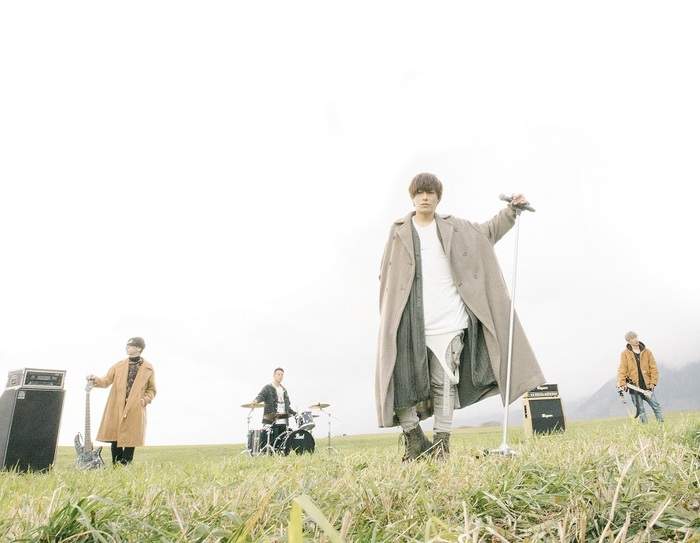 Hey everyone. I’m here again to bring you guys another weekly review…as if anyone reads these, but it’s more for me anyway. I like trying to find new J-pop/rock songs to listen to so I decided to do this. Plus, I do this on my K-pop blog so might as well do it here, too.

Anyways, as the title suggest, there is some songs from the anime, Gintama, which I love. Sorry, the bias is real here.

So for the first Gintama: The Final song, we got SPYAIR’s Wadachi and…it’s alright. I’d say it’s quite fitting for the Gintama movie and I’m sure it’ll get loyal Gintama fans emotional when it plays. Actually, as it goes on, I’m feeling it a bit more (or is that just bias considering I like SPYAIR’s previous stuff. I recommend Samurai Heart (Some like it Hot), Genjou Destruction, Sakura Mitsutsuki, and Last Moment).

And here enters another Gintama veteran. DOES has done many songs for Gintama: Shura (their first!), Donten, Bakuchi Dancer, Bokutachi no Kisestsu, Know Know Know, and now this one. I may have missed one so apologies. This is also ranks up there with being a Gintama song that will be iconic especially considering how it may be used in the movie. Not bad at all, DOES.

Chanmina I remember from the first weekly J-pop review where she “won” the week with SKY-Hi with the Christmas song Holy Moly Night. Well, I can say she won’t win this week, not just because her competition is SPYAIR and DOES, but this song ain’t really up my alley.

Wow, another hip hoppy trap-like song. Usually these ones come across as too tryhard or doesn’t mesh well with me, kinda like Chanmina’s up there. This one isn’t my cup of tea but it’s on the more chill side, so there’s that. And it’s short!

I coulda sworn I did review this song but I think it was another dude wandering the streets because I actually like this song and I know the other song was kinda a snore. Surprising, since I was entering this song thinking it would be a meh at best.

I know these girls from their song, ‘Hitori jya nai kara’ which was an ending for My Hero Academia. And boy, are the two songs vastly different. This one is like a watered down girl group song trying to have that we’re bad girls vibe but it’s not quite reaching.

This is a throwback song. I mean, you can kinda tell by the thumbnail. Anyway, song is alright. That’s all.

It’s weird, but this vaguely reminds me of Persona soundtracks (except when it deviates into that weird trippy chorus which kinda ruins the song a bit). Liked it up until that bit, shame.

The intro made my headache that I already had worsen with their exclamations and shouting. Anyways, maybe because of that, I couldn’t really get behind the song.

This group again, haha. I feel like Da-iCE has been in this weekly review every week for the past 3 weeks. Anyway, this song is pretty typical J-pop boy group stuff but at the very least, I like this one more out of the ones I’ve reviewed from there. Neat enough.

Song is alright. It’s in a similar vein as the one above so it’s a pass.

A bit on the calm yet kinda boring side.

Weird and also a bit boring to be honest? I don’t have much else to say.

Weird again, but more upbeat with a nice rock sound placed here and there that I can get behind. All that said, it’s cute and all but not a 10 or 9 in my book.

You’d think I would find this boring but I actually like how chill it is. It’s not too much and makes me think this would be a good song to just relax with.

I don’t like the funky guitar sounds in the song. Didn’t sound good on my headphones so I’ll pass.

Probably cause she’s literally laying in water looking depressed as heck for a good part of the vid, makes me also feel kinda sad. The song isn’t really up to par with enduring the imagery as well so pass.

Less depressing but the same feeling towards this song is there.

Just be aware this is a vocaloid song and I know some people hate that. Anyway, it’s not bad for a vocaloid song as even I find some grating on the ears. This one is pretty chill and okay honestly so I’d give it a listen.

Coincidentally, another vocaloid song with the queen of vocaloids, Hatsune Miku being used here. It’s very similiar to the one above. If you liked the one above, you’ll probably like this one, too.

I’d be careful with the graphics on this one. I’m not 100% sure but I think an epilepsy warning is warranted here. For the song itself, it’s…something. I’m not sure rather I like it or hate it. Some parts of it sound okay but I think the rock/”metal” parts are a bit off.

He kinda has a squeaky voice at times when he sings. Unique in a way. Some may like it, others may not. I’m not sure I’m fully onboard…

For once, the music here, overtook the singer’s voice until it gets a bit further in the song. Interesting. Anyway, I actually don’t hate the song. S’alright.

Another one I’ve become familiar with since she’s been on here like 3 times. Again, I don’t mind it. I mean, compared to her other songs, it’s not bad. I also like how she’s just dancing in a cow costume. You should honestly skip to the end when she does her ‘Happy New Year’ greeting. She’s dressed as a cox because it’s the Chinese New Year of the ox or cow depending.

Same girl and again, not a bad song. I can get behind it. Or maybe I’m being affected by the exposure effect since she’s popped up on here several times…oh dear.

Meh. Give it credit that it’s in English though.

I believe this a handful of utaites coming together to release a song for the new year. Since I’m still new to the world of utaite, I don’t have an emotional connection or simp for any of them. So, uh, this is kinda a mess for me. I’ll pass for now. Great fan content though.

And that’s it, folks. I hope that the first week of the new year is treating you well. However, here in the states, democracy is collapsing as you read this so please keep us in your thoughts.

Anyway, here is a bonus song. I can’t believe I didn’t know an official lyric video for this song came out until just a few days ago. I guess it’s a new years treat Pony Canyon dropped on us. While the video is new, the song is not as it was originally released back in 1979. As such, I had to put it down here. I really like city pop, so I just had to still put it here. Give it a listen if interested.

Miki Matsubara – Mayonaka no Door〜stay with me