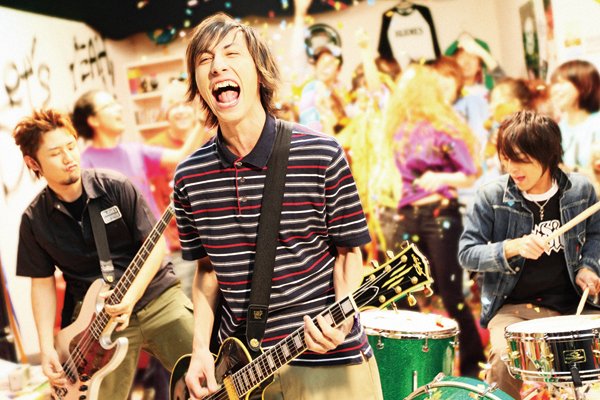 Sorry, I’m late this week, so in return, I’ll just launch right into the review!

Cö shu Nie – give it back

This song is from Jujutsu Kaisen, an popular anime I should get into to keep up with the young’uns of today. Song is alright.

The song and the video actually held my attention until the end because, I don’t know, I guess some good yuri action along with a decent song is what I like?

So, Kyary Pamyu Pamyu is back and is as eccentric as ever. The song isn’t exactly a banger but still interesting to listen to her (while she lists out the most quintessential of quintessential Japanese things). There’s also a fight sequence 2/3 of the way through, so there’s that.

This song is alright but that’s it.

I don’t mind this song either. The only Super Beaver song I’m familiar with is that one song used as the ending of an anime called Barakamon (which I highly suggest watching!).

I like the last song better than this one, but boy, the main singer is pretty intense singing this one.

These guys had like 3 songs this week – Jesus. Though this one looks like it’s just the main singer. This song is alright but I feel it’s the weakest of the trio in terms of melody. Just not for me.

An okay song in my book. I’m thinking this is an utaite and as those songs go, this would fit into the J-pop mainstream just fine. It’s not flashy or quirky or crazily all over the place (which I feel a lot of utaite songs are so far) which I like better personally.

This one is okay too but depending, you may find the voices a bit annoying. I personally don’t mind them that much but I can see others disagreeing with me. And be ready for a lot of shouty “hai hai”s, “ma ma”s, and “nya nya”s.

This is a meh song.

I wanted to give her a second chance cause why not? And still wasn’t feeling it – oh well.

Even from the thumbnail, retro vibes just ooze out, so I’m sure you can already hear the song, but surprising sounds like a modern pop song anyways.

Despite Band-Maid apparently being right up my alley with their concept and sound, they still haven’t really grabbed my attention with their rock style. This song is closer to my taste than their previous stuff though.

So fair word of warning, this girl has like 3 songs this week too (just like Super Beaver up there), they be working hard over there, huh? (Or maybe I happened to miss a song last week and snuck it in this week).

Song is a piano-led melody with delicate lyrics that all the same doesn’t quite live up to par with me.

This song is basically the same as the last one.

Why is a song about chips the best song this week? Okay. I’m exagerrating a bit but golly, this is the first song this week that made me feel more alive while listening than the robotic “reviewer” I’ve been with my “this is meh” or “this song is alright.” Love it.

I actually like the melody for this one. The strings, the twinkling bells, guitar, etc. make the song sound enjoyable to me. Huh, interesting. (And yes, this is a sister group to AKB48).

Another song that should be right up my alley that falls short due to a somewhat flat melody and not enough ear-catching sounds.

I stuck around as long as I did with this song because I guess I found the guy fairly attractive but the song itself is like the last one.

I actually like this song a fair bit but I wish the chorus just had a bit more umph to it, then it would’ve sold me.

Nissy(西島隆弘 Nishijima Takahiro) -「Get You Back」

Very boy group vibey song which makes sense as this guy is the main vocalist for a group called AAA (yes, I know…I know). Don’t have a strong opinion on this one besides it’s average for a boy group soloist, I guess?

I was hoping this would be an upbeat girl group song because that’s kinda what I want to hear now, but this gentle sentimental sounding stuff ain’t so bad either, but I’ll pass this week cat girls.

Um. what a song. There’s English subs which I would highly recommend putting on, not just for the translation but they made it prettily pink to (which I didn’t even know you could do). The song is a bit on the groovier pop side and I watched to the end so I guess that’s something? But nah, it was the lyrics I stayed for.

I only let this stay in because it’s apparently an ending theme for that anime featuring the female Inuyasha, Yashahime (look don’t hate me, I don’t know anything about it really).

Cute video but the song is rather boring to be honest ( for me).

This one is a bit weird. He is Japanese but singing in English and Korean, which, I mean, skills, but I wasn’t sure rather to put him here or on my K-pop list, but ultimately decided here because he’s from a Japanese company and promotes in Japan. Anyways, song is eh, average.

I don’t know…but as soon as the video started, they reminded me of KAACHI, this London-based K-pop group made up of foreign girls. And to be fair, some of the girls in this video are actually multiracial or mixed (which is neat!). I think it doesn’t help that KAACHI’s latest song is called. “Photo Magic” so similar theme going on there. I don’t care much for this song though.

Well, this was the upbeat song I wanted but it’s still not my cup of tea. Huh, I guess I can’t be satisfied.

I thought for an anime song, it would be more interesting to my ears than this, but it’s rather meh. However, I do want to watch the anime it’s from since the concept of it seems interesting.

Song is alright. Better than some of the rock songs this week, I guess.

This was a mixed week but overall, it was alright. I found myself a bit busier than usual this week so this entry is kinda rushed…which I really didn’t have to do since no one reads these but it’s whatever. My blog, my rules.

Here’s to hoping next week will be better!