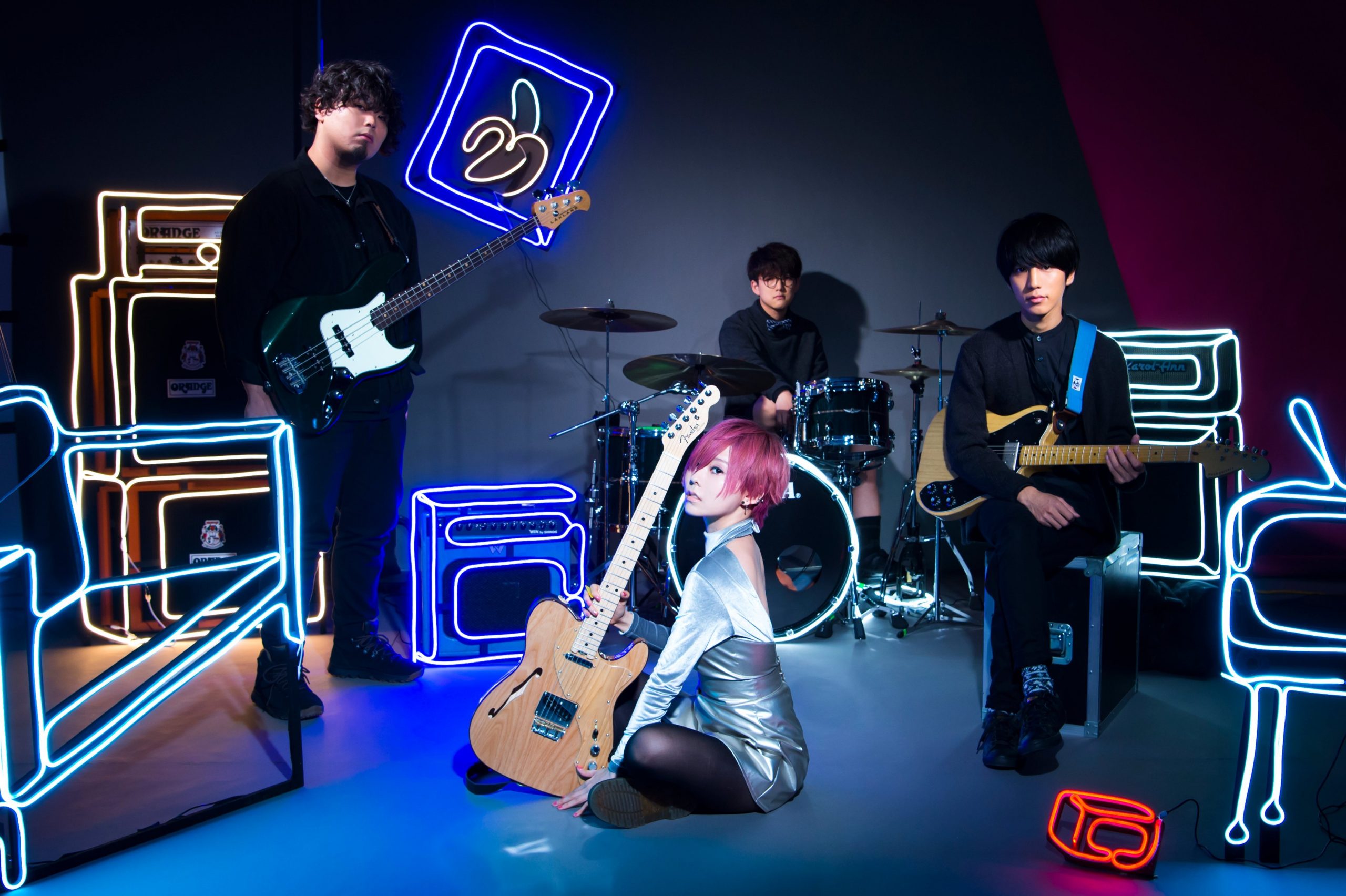 What’s up, everyone? I’m back for another J-pop Thursday. Something that seems to be the only thing I’ve been doing on this blog, but I do hope to provide more varied content especially since I am on hiatus from K-pop so I don’t have to focus on that stupid K-pop blog of mine. I can enjoy the J-pops 100% now.

Okay, I’ll be straight – I am biased towards Polkadot Stingray. Ever since I discovered them last Spring, I’ve been listening to them on the regular with a couple of their songs landing in my top 5 on Spotify for 2020. This song is still quality to me and I’d recommend a listen since I feel like this song provides a good feel to what most of their other songs sound like.

Last I checked, I thought Ikimongakari had broken up or at least weren’t doing things as a group so imagine my surprise when I saw this pop up on my YouTube homepage. Nice surprise, of course and the song is a treat as well. It rivals Polkadot Stingray up there. Seems BAKU is an opening for the anime, Boruto, an anime I have not watched and don’t plan to, but I’m sure it’s great, right? (Being the sequel of a sequel to the famous Naruto, of course).

I like amazarashi but so far the songs I’ve reviewed on here aren’t really my cup of tea. Hopefully the next song I come across of his is a bit better to my ears than this.

This song is okay. I liked their song “Kaibutsu” which I believe was in last week’s review, but this one is kinda meh to me.

What a weird song. It seems like it’s an amalgamation of different songs they’ve done in the past…

Oh wait, after looking it up, that’s exactly what this is, haha. Well, I don’t typically review songs like this because…well, it’s not really a song but an overture in a similar style as AJR.

I will say, I’m just happy they’re putting Utsotsuki on their album cause that means it’ll finally be put on Spotify (kinda got real into the song after reviewing ‘A Whisker Away.’)

Oohh, my first major J-pop girl group. Apparently, Nogizaka46 is a rival to AKB48, the quintessential J-pop group that even outsiders have probably heard of. Nogizaka46…not that much. I won’t lie…I actually kinda like this song. It had a bit of a rough start but, huh, it’s okay with me. Also, I think the one with the glasses captured my heart. Mainly cause I don’t see a lot of girls wearing glasses in girl groups in MVs which is a SHAME. (As you can tell, I’m a glasses > contacts person, but if you prefer contacts, that’s cool, too).

Oh my, another major girl group in Japan. This week really is booming, huh?

Fun fact: SKE48 is based in Nagoya, Japan, a city (oh, really on the outskirts) where I spent 2 weeks in on high school exchange.

Anyways, back to the song which is alright. I’m not as impressed as Nogizaka46’s song. But goodness, look at all those girls out on the field. Amazing. How do people memorise them all?

Momoiro Clover Z, ANOTHER girl group that is famous in Japan and that I actually know of (Thanks, Just Dance Japan!). No kawaii uwu J-pop girls in this video though, just Sailor Moon girls, baby. I’ve never watched Sailor Moon, so sorry I got no feels hitting here.

Honestly, compared to the previous girl groups, Momoiro Clover Z has the most lackluster song. It kinda bores me, honestly. But there’s next time, right?

Won’t lie, was pretty distracted while listening to the song, but even when I had my full attention on the song, it was not keeping my attention so I’m gonna pass.

MILGRAM / Mahiru – This Is How To Be In Love With You

Not sure where this is from as the comments apparently are theorizing about this girl and some story that I know nothing about. Anyhow, the animation is great while the song is pretty average though I’m sure I’d appreciate it more (at least the lyrics) if I knew the context.

These guys again. I was not impressed by their song last week (the week before?), but I wanted to give them a second chance. And oddly enough, I don’t mind this one as much? Maybe the years of watching Japanese comedic groups has acclimatized me to this kinda performance. Also, I just now remembered where I have heard of this group before! They did the first opening of Beelzebub, an anime I watched waaay back when it first came out. Good times…

For once, a boy group song I actually don’t think is rather boring or meh. It has some life to it. I mean, I’d listen to it again which is saying something especially after you go through as many songs as I do in these little roundups. Plus, I like how “groovy” it is.

Song’s not bad, but I found myself being easily distracted by my thoughts even when I tried my best to focus on the song, so I guess that says something?

Not…terrible. I find that I don’t mind it since I’ve heard their stuff before and didn’t really feel moved by the songs (I’ve got into Beasters this past week which coincidentally ALI did the first opening which admittedly isn’t that bad of a song). But I do find the group really interesting since according to their wiki, “All members of the band are mixed with roots in Japan, Europe, America, Asia, Africa, etc.” Really interesting and you can definitely see that in the vid.

Not a bad song but I gotta wonder what is up with guys naming their group with deceiving names like reGretGirl? I thought this would be a girl band. There’s a band called Lucy in Korea but it’s made up of guys, too. I feel so deceived when that happens…good song or not.

A chill song that is alright, but that’s it.

I mean, I want to say I like this song purely for the violin and I do, but I’m going to pass on this song anyway.

I could be wrong, but regardless, this song gives me utaite vibes which is fine but I have yet to find an utaite who I consistently like. This one is no different (even if this person isn’t an utaite, song is still not up my alley).

So these girls are all voice actresses apparently. Oddly, enough, I don’t mind this song despite the weirdish melody. It’s not one of my favourites this week, but it’s a passable one.

This something vaguely K-popish about this song and music video. Since I do have a K-pop blog where I review music, I can’t help but compare the two. Honestly, I don’t really take to this song. The girls try, oh they really seem to get a bit too into it especially in their solo shots. Good for them but I’ll pass on this one.

Yeaaahh, so I had a feeling within the first 5 seconds when it opened up on them peeking through a soap bubble that I wouldn’t really like this and I stand not corrected. I checked and some of them have interesting backgrounds: one was a former preschool teacher, another a former middle school teacher, and yet another was a librarian. Interesting bunch…

This one is okay though. I’d put this on a chill playlist and probably would only skip it 4/10…maybe.

Well, I’ll tell you that you can probably guess what the song sounds like just based on the title alone. It’s a lot of scream singing that hurts my ears since I’m wearing headphones. Especially starting around the 3:00 minute mark it reaches a bit of a crescendo. I’ll pass on this song for the sake of my poor ears.

This song is interesting because I can’t quite really figure out how to feel about this song. I like it but at the same time I find it average. Hmm…

Man, the song is on the average score for me but the main vocalist really has quite striking image. She almost seems foreign to me but that’s probably just how she dresses. You know what, if she sat still, she’d remind me of a porcelain doll.

I thought I was gonna find this one boring but it’s actually alright. It sounds like it could be used an anime opening or ending actually. Also, if you’re a soccer person, that’s basically all this music video is – soccer.

Well, for being the last song in a week like this is kinda an anti-climax as this song is not for me either. I feel kinda bad for saying this but some of the vocals aren’t doing it for me either and kinda hurt my ears. I swear, I’ve seen one of these girls before though.

Right, well that’s it for this week. It started out rather good but the last few songs kinda killed that streak. It’s all good since I knew not every single song I review here is going to be to my liking. Actually, I think this was the best week yet. Looking forward to more weeks like this in the future.