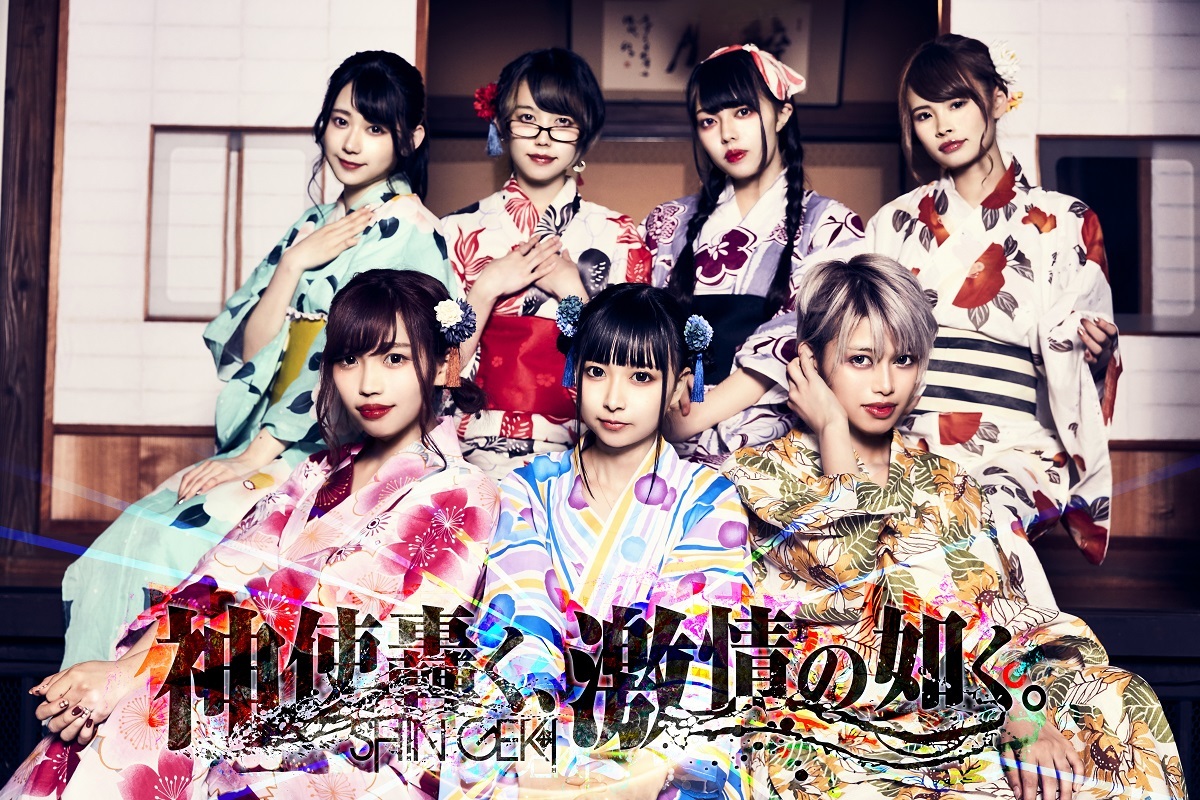 Opinions, Weekly J-pop ReviewsLeave a Comment on 06.03 Weekly J-pop “Review” but the songs were kinda lackluster

Hey, everyone. Hope you’re all doing well. I’m alright. Just got through listening to all these songs and I have to admit that it is a rather lackluster week so the song of the week was the one that caught my attention the most but not necessarily the best of the best, but eh, it is what it is.

Another eccentric Aina the End video with a rather decent song to boot. I could play this again, but probably not over and over again.

An interesting one, I’d say. Did you know that Aina the End is a founding member of BiSH? That explains a lot…

Takayan – To who hate yourself and want to die

So, I added the other song, “Lemonade,” because I knew I had heard Takayan’s instrumental before. Just listen and it’s practically the same. Well, I do like Lemonade a lot so I guess it’s not a question as to whether I like Takayan’s song. I just wonder what this this means though.

Very cutsey upbeat song that brings some life back into my dead heart (kinda). The animation of her walking is a bit wonky though, haha.

This one I’m pretty neutral on. It’s okay, but not outstanding.

I know Scandal from Bleach (Shoujo S is a bop – change my mind). It’s kinda a nice song but I was hoping more for one of their rocking ones like the song mentioned before.

I also know FOMARE from an anime, Golden Kamuy (check out my review post on it), and really liked their opening song, Grey. This song less so, but it’s not bad. Though it is a bit more bland.

Oh, another group I’m vaguely familiar with through one song (see a pattern here~?). I don’t like this song too much if I’m perfectly honest though I did enjoy the water visuals (I’m a water person). Check out a better song here.

Mitei no Hanashi – That Day, In That World

This ain’t too bad. I kinda dig it but it needs a bit more “umph” to completely sell me.

I’m actually really not feeling this one surprisingly. Just sounds a bit too run of the mill.

I won’t lie, I pressed play and looked away to do some stuff forgetting that I was listening to a “boy” group (though I know it wasn’t). We had Fudanjuku last week, now we have ael. Song is about the same as what I said about Fudanjuku as well.

Ska is a genre of music I’m not that familiar with but it doesn’t sound half bad from this song. I’m still not quite sold on the genre, but this isn’t a bad introduction. Plus, all female groups need all the love.

On the other hand, we have another ska band with a way less “aesthetic” looking music video with a song that holds a backing melody (that’s the phrase, right?) that serves to be distracting and takes my focus away from the rest of the song.

I really can’t say much about these utaite songs that I haven’t already said, but it’s basically once again chalked down to pretty much every song will be more for the fans invested in these guys than outsiders like me.

You know what? I actually don’t mind this. I’m on the verge of liking it which is weird considering that these type of songs give me a headache (I’m pretty sensitive to loud noises these days). Actually, the song above was aggravating my poor neurons.

SIRUP – Thinkin about us

This isn’t bad either. It’s quite RnB sounding which I find is a genre that actually bores me a bit more often than not but this is fine. This is okay.

A rather upbeat popping folksy song that is sure to be a picker upper if this is your style. I mean, it gives me feel good vibes.

Another song I’d put on a chill Japanese music playlist…I really got to get on that.

A pretty average rock song but this is on the good average side (if that makes sense). It had a good opening but it needed to evolve into something more for me to be fully sold.

An visual kei “air” rock band…according to Wikipedia that basically are more actors than musicians since they don’t really partake in the music making process. Interesting concept…so they’re basically like K-pop idols, huh?

Jokes aside, the song is rather meh.

For a song that had a rather drawn out into, I was looking forward to something more…they didn’t deliver.

Well, this song has a bit more “soul” in it but still up there with the last song.

Not for me but it’s rather quaint.

Another band with a girl’s name that has all guys. I wonder why this is a thing? Did one of these guys date a girl name Marcy but they broke up and now he can’t move past her so he named a band after her in the hopes they get famous enough to grab her attention and move her to the point of dating (maybe even marriage?!) again?

I kinda like this one. I don’t have much to say about it though besides the fact that I’m really vibing with the instrumental.

I’ve mentioned how J-pop tends to have a lot of really good and sometimes mesmerizing animated videos but the song isn’t really popping as I’d like it to. This is one of those music videos.

This is an interesting one. Not only is it apparently Amazon-sponsored, the band consists of two Canadian brothers and two Japanese guys. Nice to see foreigners make it in the market at least. The song isn’t for me but I did linger a bit to see how the MV story would play out.

Not for me but it’s an okay song for those who like that lounge sounding music.

That’s it for this week. Admittedly, I did actually kick a couple songs of the list. Rather it was because I would just be repeating myself or because it didn’t fit – you can be left wondering. Now, I’m going to go see if I can finally make that chill Japanese pop playlist…