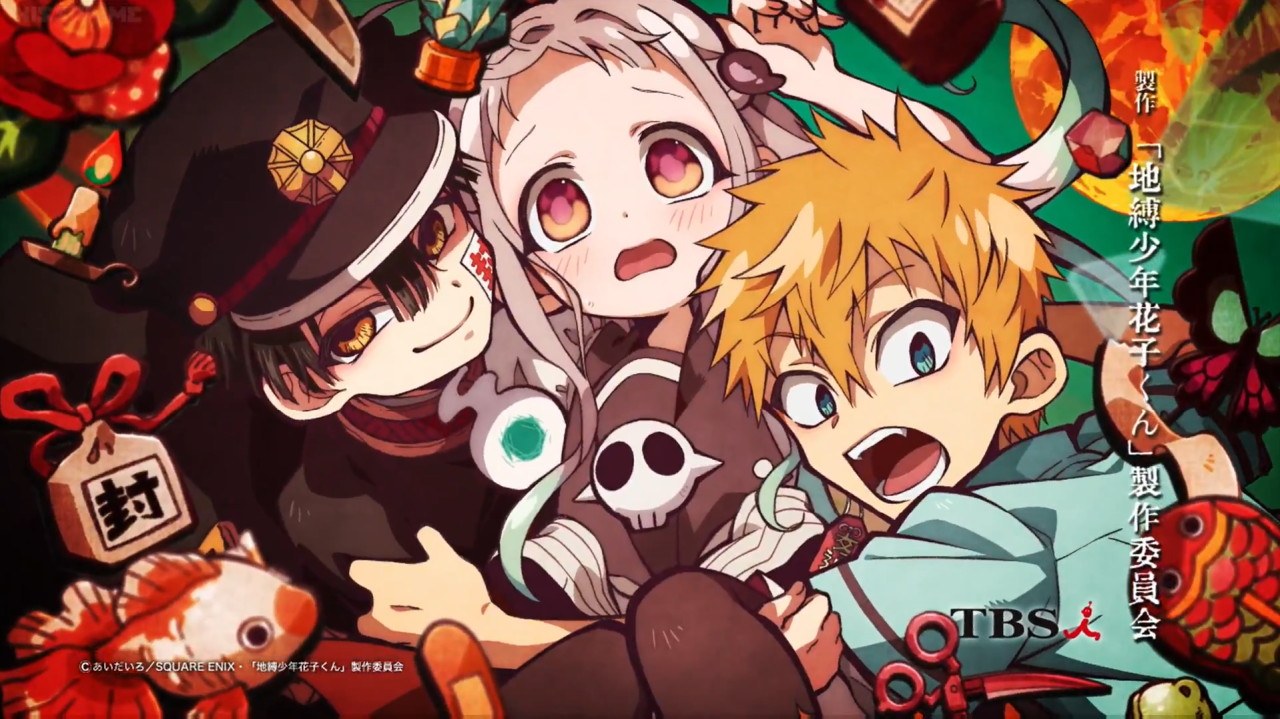 I’ve finally returned with another anime “review” post. All I write on this blog is weekly J-pop “reviews” and I’ve been failing to do that properly. Oh well, this blog is for my fun and entertainment only really. If I get people stumbling onto this mess than that’s great, I guess.

But hey you, you’re here now so why not sit down with a nice cuppa and read on to see if this anime is right for you?

Mind you, let me preface by saying I binged this over the course of just a matter of hours because I was feeling rather depressed and wanted some mindless entertainment to momentarily forget the state of my life right now and I must say, it delivered. I really enjoyed this anime and await another season which may not be too too soon as the manga is still being published (slowly, slowly but surely) and season 1 came out last year in January. If that seems like a long enough time for a season 2 to be out already than you don’t know anime (as if I know).

Though I do believe it will be receiving one considering how freaking popular this anime is becoming. I mean, just the other day I went to the bookstore to buy the manga and they were out of volumes 1-4 while the lady at the cash register acknowledged just how popular this series is.

But will you like it? What the heck is it even about? Well, let me try to indulge you for a moment.

Have you ever heard of the legend of Hanako-san of the Toilet? I don’t know how many outside of Japan have heard of it though it is a rather popular legend in Japan. Before watching the anime, all I knew of Hanako-san was that she was a ghost girl haunting the girls’ bathroom usually on the third floor in the third stall and to summon her, all you had to do was knock three times on this stall and ask if she’s there. Of course, at the risk of your life.

In this anime, however, Hanako isn’t a girl, but a boy though his name as you guessed it is still Hanako (add -kun instead, and you’re all set).

It is this Hanako-kun that our heroine, Nene Yashiro, summons in the first episode to help with her love life in scoring a guy she’s never talked to properly. Yes, she’s very VERY much the daydreamer romanticist and it shows all over the anime. It’s great. And while she’s a bit naive and ditzy, she shows growth and self-awareness to not come across as the clueless heroine (that so many rue). But just don’t mention her legs and daikons in the same sentence. It’s traumatic for her.

Okay, but it’s pretty funny admittedly. Here’s a cuter picture of our heroine, however:

Well, going back to the main point, Hanako-kun does accept her wish on the condition that she also gives him something in return (of course). I won’t spoil much and because this is supposed to be a bite-sized review, I’ll just say that the love thing doesn’t quite work out for Nene. On the contrary, she curses herself in the process and the only one who can help cure her is Hanako-kun in return for her labor naturally. And thus, our cute female protagonist, Nene, is forced to become Hanako-kun’s assistant. Oh, and they’re technically bonded together anyway after Nene swallows a mermaid scale that induces her curse and Hanako-kun being a great guy, swallows the other scale to lessen the curse (see image below).

As you can already tell, Hanako-kun as a rather “interesting” personality. I’m terrible at describing people but if I had to describe Hanako-kun in three words, I’d say: playful, sadistic, and troubled. He is rather childish, but becomes serious when he has too since he is one of the “Seven Wonders” of the school and must maintain order between the ghosts and humans of the school as best as he and his little knife can (along with his hakujoudai – spirit balls to put it simply). By the way, the “Seven Wonders” of the school and the cast behind them is a major plot point throughout the series but I won’t get into that.

Oh what are the “Seven Wonders“? If you’ve read or watched enough school/slice-of-life manga/anime, you’ll be familiar with this concept but basically it’s seven mysteries or legends of the school students tend to gossip about because school life is boring and we need something to spice things up, no? Hanako-san is one such urban legend. Another common one would be the ghost in the music room who plays the piano late at night in the empty school building. Or going back to Toilet-bound Hanako-kun, another wonder would be the “Misaki Stairs” which if one happens to step on the fourth step of the stairs, they were said to be transported to hell. This is the first wonder our trio faces in the show.

Oh wait, I said trio? Well, we have Nene and Hanako-kun, but whoever else could I possibly mean?

Introducing Minamoto Kou, a budding exorcist from a prominent exorcist family who has come to exorcise Hanako-kun, but [SPOILER] can’t really bring himself to do it and ends up befriending Hanako-kun and Nene (who he definitely crushes on). He does kind of feel like a third wheel in the show, but he definitely has his moments where he shines and fleshes out to be a very likeable and solid character with his own motives and agency. Whereas I thought he was gonna be a rather 1D “gotta slay the evil ghost at all costs” character who would only have that much depth going in his personality. So nice going Aidalro (creator of Hanako-kun).

Of course, there are other characters I could mention, but for the sake of the post and not trying to spoil anything beyond, say, the first episode, I won’t introduce anymore. Hey! I went in completely blind and I feel like it’s best to do that with this series because there isn’t much intricacies in the plot where you feel you have to do some outside reading before jumping into it.

Overall, I would highly recommend not only to watch this anime, like right now because it’s only 12 episodes and I was able to finish it off in a night, but also check out the manga. I can’t really say anything about the manga because as I said before I couldn’t even find volume 1-4 at my bookstore BUT I did order a few off of Amazon (including a volume 0 which is only in Japanese), and they should be coming…tomorrow actually! I mean, you could read it online or through a manga app but for series that we really love, why not support the artist/managaka in some way, you know?

I would say the only drawback to Hanako-kun is the fact that I do know some people are tired of the “boy saves girl” and “where are the independent strong woman?” trope that is prevalent in anime and this one is not much different as Nene is saved by Hanako-kun a LOT, though at the very least she’s self-aware of this fact. For me, personally, I don’t really care that much. I just wanted a anime that would provide me with some good light-hearted entertainment, not social commentary. Though I will say, there are still plenty food for thoughts to be had in this anime and some rather existential questions to be had. It’s not all surface level stuff here. If you take the time to watch, you’ll definitely be in for a bit of a ride.

I don’t even consider myself a shipper but I’d be rather disappointed if these two don’t get together in some way by the end of the series…though how would that work? A ghost (who is technically 50+ years old) and a human?

….eh, logistics. Let’s not think about it so hard and just get lost in the ghostly wonders Toilet-bound Hanako-kun provides in order to forget the complications and issues in our own lives.